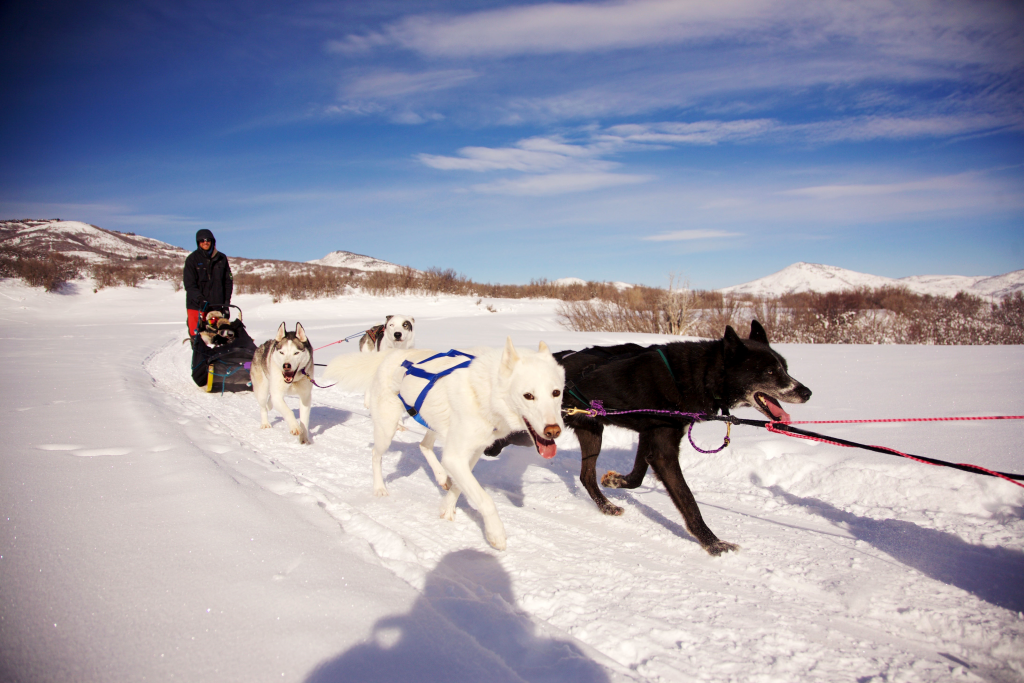 This now popular activity originated as early as 1,000 A.D. by native and Inuit people to help with hunting, transporting supplies, and traveling. Huskies were picked because of their close lineage to wolves and because they can withstand extreme conditions. They have a double coat to help protect in the cold temperatures and can handle going without food or water. During the summer months, the dogs were expected to fend for themselves whereas in winter months they would be fed meat. They also have the endurance and energy to travel distances.

Types of Dogs: The two types of huskies used for Dog Sledding

Siberian: Notoriously known to have a spunky and joyous personality, these dogs are great for those who are consistently active. These dogs do have a lot of energy and require regular exercise. If they are left alone and have no exercise they can become destructive.

Alaskan: The Alaskan Husky is not a breed recognized by kennel clubs. This dog was created to be a work dog by breeding a mix of different dogs: Siberian, Greyhound and German Shorthaired Pointers. Villagers wanted to certain qualities to match the “jobs” the dog would be doing and that determined which dogs were bred together. Just like the Siberian husky, they have plenty of energy and will out run you. They are snugglers since they are used to snuggling their tail to keep warm. They also like to jump, but when they jump on you they are trying to make you their friend!

The best part of the activity is obviously our dogs! We are proud to work with Racer Gibson, David Assay and Kate Ray as they put the dog’s welfare first and foremost. The Arctic Breed Rescue of Utah specializes in rescuing Siberian Huskies, many of which have been deemed “unadoptable” by shelters. Racer and his wife Maren typically foster up to 20 dogs and with a small network of volunteers they are able to find forever homes without a centralized public kennel. It is typical that 100 of these beautiful creatures are saved a year. The core teams of sled dogs were also rescues and our mushers decided they would be family. We want to introduce you to some of them!