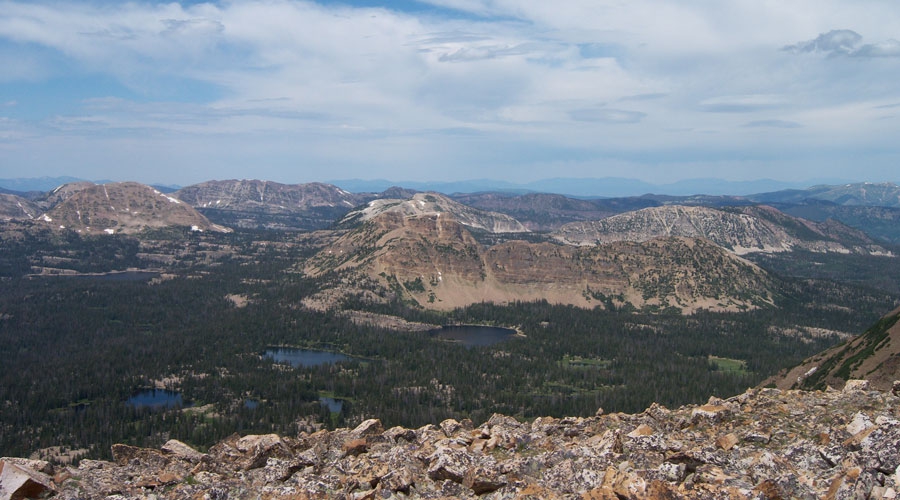 The word Uinta comes from the Ute Native American tribe word pronounced “Yoov-we-teuh”, which means a pine tree or a pine forest. Wasatch is another Ute word meaning a “low place in high mountains.” Cache is a French word that means “to hide” and is a reference to the early fur trappers who were among the first Europeans to visit this area. 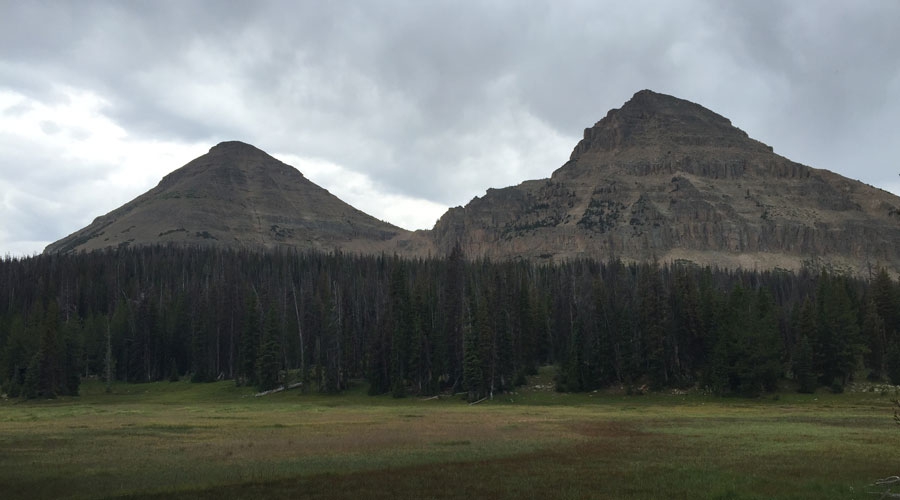 The highest mountain in Utah is King’s Peak which is in the Uinta Nation Forest and tops out at 13,528 feet.

We can’t mention the Uintas without describing the Mirror Lake Highway. Also known as the Mirror Lake Scenic Byway and State Road 150, this 42 mile stretch begins in Kamas and climbs through the Uinta National Forest. It then descends to the border of Wyoming. It is one of the highest roads in Utah, climbing to over 10,000 feet at Bald Mountain Pass.

Between the high peaks and basins lie about 1,000 to 2,000 small lakes and ponds. One of the most popular is Mirror Lake with its good fishing, scenic views and easy road accessibility. 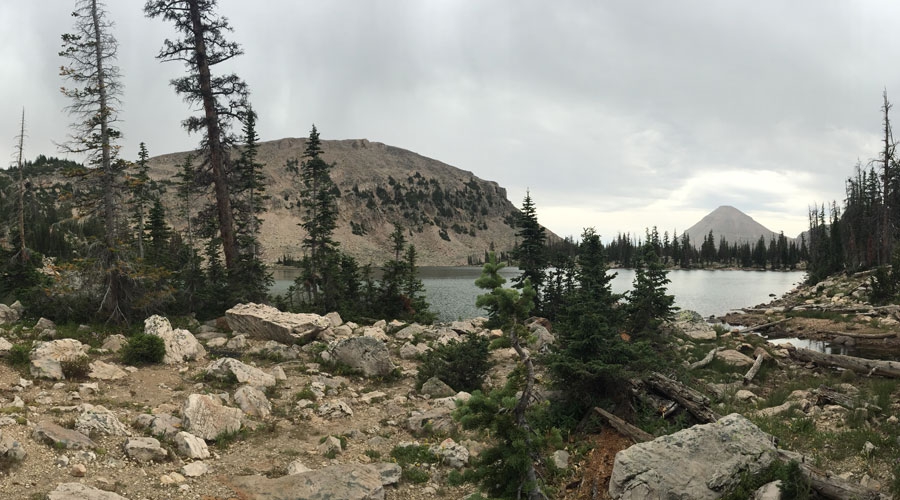 There are over 400 miles of rivers and streams in the Uintas. Major rivers bordering or within the area are the Blacks Fork River, The Duschesne River, the Bear River, the Weber River and the Provo River, which flows from the southern side of the range to meet Utah Lake.

There are over 545 miles of hiking trails in the Uinta National Forest. One of the more notable trails is the Highline hiking trail which follows the range from Mirror Lake for 64 miles to an area Northeast of Vernal, Utah. Most of the trail is above 10,000 feet and is considered moderate or difficult. Shorter parts of the trail can be accessed for day hikes. 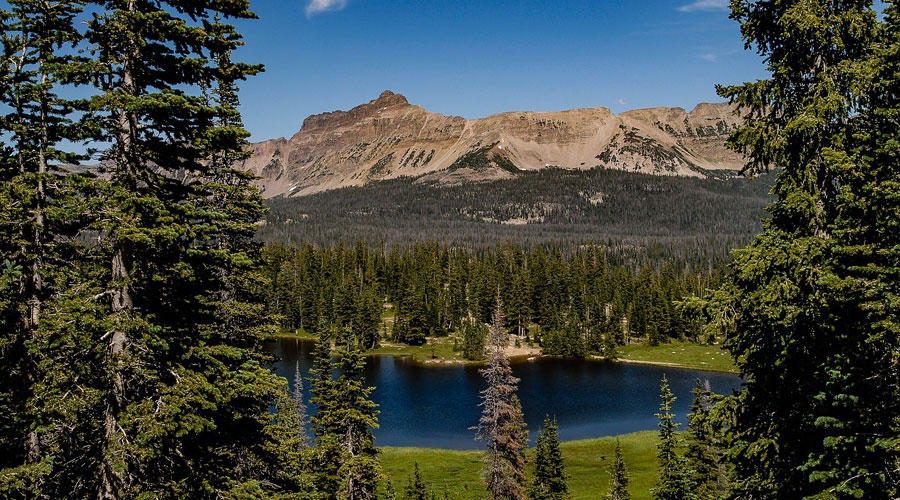 Dinosaur National Monument is located in the Southeast area of the Uinta National Forest on the border between Colorado and Utah. The park contains more than 800 paleontological sites and has fossils of many types of dinosaurs.

Many parts of the Uintas receive over 40 inches of precipitation annually. Ask any local and you’ll learn that in the summer months, it might be a sunny day in Park City or the Kamas Valleys, but it could very well be raining in the Uintas.

The Mirror Lake Highway is maintained by the Utah Department of Transportation. The Highway is open until the snow is too deep to plow, at which point it ends at Soapstone Basin. Also, there can be wildfires in the summer, so it’s best to check conditions before heading out to enjoy this amazing area.

Get yourself a road map, (you can’t count on cell service!) and pack a hearty lunch. The Uintas are beckoning you to spend a day, or a week, exploring. 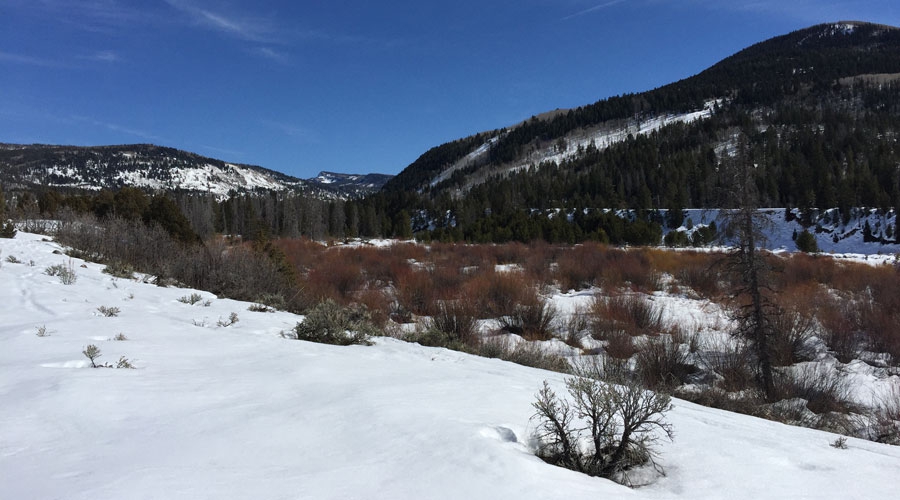 What are you waiting for? This area of the country is pure magic and can be explored winter, spring, summer or fall. All Seasons Adventures has a variety of trips in the Uintas. Book your Uinta adventure now! 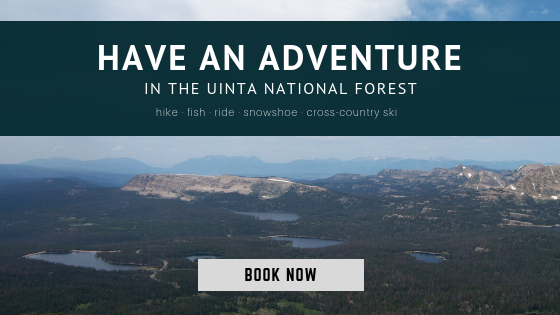